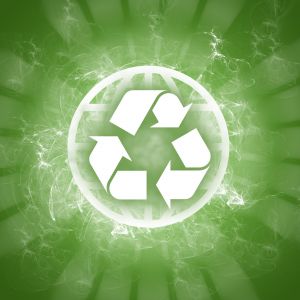 Let's face it, most people bike because they enjoy the freedom of exploring the world in a more personal, up close setting. There's nothing that compares to the feeling of wind blowing against your face as you cycle down a city street or rural landscape. Biking also benefits the environment, not only by reducing greenhouse gas emissions, biking also leaves a smaller carbon footprint from concept to chainstay. Find out how to bike to a cleaner environment.

How Cars Affect the Environment

Our reliance on cars, trucks and other gas-guzzling vehicles has serious ramifications for the world in which we live. According to the US Department of Energy's fueleconomy.gov website, highway vehicles release nearly 1.7 billion tons of greenhouse gases into the Earth's atmosphere each year. The vast majority of these gases are carbon dioxide, although highway vehicles release a number of other Earth-warming gases, including methane (CH4), nitrous oxide (N2O), and various hydrofluorocarbons (HFCs).

Moving in the Direction of a Better Future: Biking to a Cleaner Environment

Rather than driving a full-sized car or truck to work everyday, perhaps you can bike to work. A typical mid-sized vehicle will release roughly 1.3 tons of CO2 per year, whereas a small-sized vehicle will release 0.7 tons of CO2 per year. A bike, however, will release ZERO CO2, nor any other greenhouse gas. It's a fun, Eco-friendly way to get from point A to point B, and you can rest assured knowing that you are doing your part to promote a clean environment.

A lesser-known benefit of biking is its positive impact on traffic congestion. As cities become more dense, the roads naturally fill with more cars. And more cars means more pollution. Opting to ride your bike to work reduces both traffic congestion, as well as the need for gas. It's not huge amount, but if everyone rode their bike instead of drive their car for one day of the week, it would have a profound impact on the environment.

What About Hybrid Vehicles?

After all, they run on a combination of gas and electricity, so they must be good for the environment, right? Unfortunately, this isn't the case. The electricity used to recharge hybrids and all-electric vehicles usually comes from coal-burning power plants, which subsequently produces greenhouse gases. The only real Eco-friendly means of transportation is walking or biking.