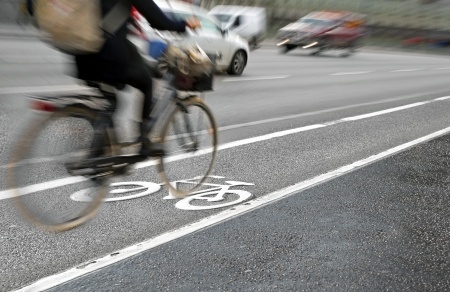 On an otherwise ordinary Sunday morning, a cyclist made an unfortunate decision to cycle right through a red light and ended up colliding with a vehicle. According to Andrew Lopez; "The cyclist, identified as a Glendale man in his late 20s, was riding at a fast pace when he passed through the intersection and was struck by a motorist, according to the Glendale Police Department."

After being taken to the USC Medical Center, the man was pronounced dead.

Stories such as these are certainly unfortunate and sadly they are not uncommon. This is the reason why cities and authorities are promoting street safe riding throughout the country. These programs are aimed at teaching individuals how to keep themselves safe on the roads. While many disregard such precautions as common sense, stressing the importance of street safe riding does save lives when utilized correctly.

Duh, common sense, right? Yet, it happens more frequently than most of us care to admit. Most cyclists are already aware that they should be wearing the appropriate protective gear when they are riding their bikes. While this gear protects the more sensitive areas of the body and can prevent injury and even death, this isn't the only way that cyclists can protect themselves on the road. As the experts of Bicycle Safe explain; "Consider this for a moment: Wearing a helmet will do absolutely nothing to prevent you from getting hit by a car. Sure, helmets might help you if you get hit, but your #1 goal should be to avoid getting hit in the first place."

The street safe riding program aims at teaching people how to avoid this, preventing them from risking their lives on the road.

One of the easiest ways to get hit by a car is at a right crossing. At this point, the vehicle will most likely be pulling out of a parking lot, side street or driveway. Cyclists faced with this danger could either end up getting hit by a vehicle, or slamming into it. To avoid this situation, cyclists will want to make sure that they have a head and tail light, since this will make them more visible at night. Plus it’s the law. Secondly, individuals will most likely want to have eye contact with the driver, to make sure they are seen. Cyclists will want to slow down so that they are able to stop in the event this is required and ride just a bit further to the left.

Riding Into The Door

Another common issue faced by cyclists is riding into the door of a vehicle as it suddenly opens in front of them. While this might not seem like a major problem for cyclists, in many areas, it is the most common cause of bicycle accidents. To prevent this from happening, cyclists should ride more to the left and have their hands on both brakes at all times so they can react quicker. Cyclists should have their brakes checked frequently best by a professional bike shop.

Another common accident occurs when cyclists are crossing crosswalks, only to have a car make a right turn and collide with them. Drivers usually don't look out for bikes at these intersections, so cyclists need to be prepared for them. To prepare for these, cyclists should ensure they have their headlights on and slow down completely when appropriating this sort of situation. How many of us have seen a near miss in a situation like this? I know I’ve seen it a few times. Drivers aren’t expecting a cyclist, or even thinking about a cyclist approaching on the right hand side to use the crosswalk when the car is making a right turn on a green light. As a cyclist we can’t make the assumption that drivers know we’re there, and we certainly can’t afford to mix up driving and pedestrian rules.

Most experts will suggest that cyclists not attempt to ride on sidewalks because crossing this way is so dangerous. Not only are cyclists vulnerable to getting hit by cars making right turns, but also cars that are coming out of driveways.

Many of the same rules for driving apply to biking in traffic, so please don’t drink and ride your bike.

When vehicles crash into each other, individuals are somewhat protected by the metal in which they are encased, but this isn't the case with cyclists. Cyclists getting hit by a vehicle are protected by nothing more than shin pads and a helmet, so street safe riding could end up saving their lives many times over.

For more information about cycling safely, check out, “Street Survival” by John Howard.